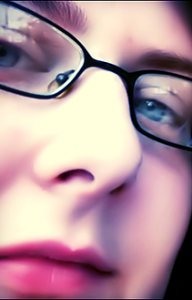 Not in my wildest dreams did I ever see myself becoming a staff writer. I’m sure some foresaw it, but not I. How I came to be one–that is something that seems to be a reoccurring theme in my career. This theme is that things seem to be happy chances and a lot of luck, but that’s just how they appear. Behind the beautiful mask, I get to wear as The Queen of Nightmares, since I’m a woman of horror writing, I work very hard and even sometimes working while completely exhausted and even when my coffee IV has given up on me. This is because I push myself. I push myself because I really love the work that I do writing and graphics. If I didn’t love it, I wouldn’t do it.

I had heard of The Buzzkill Magazine through posts by Edd and Kindra Sowder. I found the website and was very interested in the articles and the podcasts. Playing about on the website, reading things, I became curious. The writer in me began leaping up and down like an eager child begging their mother for a bit of candy at the store. I contacted them curious if they took submissions for articles but quickly found myself being asked for samples of my work. Now I’d never really done this before, not much at least, but never truly asked for samples of my work. Unsure of what to do I did what I have described as ‘Threw a bunch of stuff at Richard via email’. I didn’t know a length of a sample or what type of things to send since some of my work is different than other bits of my work.

Apparently throwing a bunch of stuff at Richard was enough to be hired on as a staff writer. I was floored. I went in hoping to be allowed to submit an article or two at most and found myself hired completely! I am still very excited as Richard has given me my official information. This time last year I was experiencing a rush from releasing my horror bestselling short Human Ouija and now I’m a staff writer for The Buzzkill Magazine! I absolutely love how my hard work has led me to this beautifully weird locale. My work is recognized and acknowledged by some of the coolest people and that in and of itself is an honor that they’ve taken the time to check out what my buzz is about.

I’m not sure what I’ll post, so I cannot give you any heads up, but expect some stuff that is beautifully unique to who I am and what supporters and fans have come to expect from me, but for those that are unsure of who I am let me continue this with me stepping back and telling you about me. In 2014 my journey into the world and madness of independent publishing began, but not in writing. I started out by doing cover work. I was at that moment in my life where I had become completely entangled by a strong grasp on me called writer’s block. I had to do something as a hobby so at first, that’s exactly how things began. After my first cover work, for an anthology called Murder, Mayhem, Monsters, and Mistletoe, an anthology that included several independent authors. From this, I was led to befriending crime and thriller author Lindy Spencer. 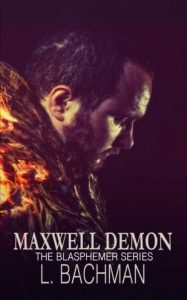 Mrs. Spencer encouraged me unwaveringly when she found out I had once written. It was because of her and the cover work I had done that gave me enough creative juice to write the first book in my series The Blasphemer Series called Maxwell Demon, published August of 2015. This began a series of other releases that have led to me starting the growth of a fan base of supporters that I couldn’t adore more. 2016 was a very active year with numerous releases, anthology submissions, and Burning Willow Press, LLC hiring me into their graphics department. The job was offered to me after I did the work on a commission on Anima, a short story submission Kindra Sowder wanted a cover for that would work in black and white.

Burning Willow Press, LLC has been amazing. It’s one of the best companies I’ve ever worked with. The staff is all professional and how its run is like a well-oiled machine. My network has doubled maybe even tripled since I began working here and for authors and writers, a strong network is invaluable. What the Sowder clan have going is definitely something I beam with pride dealing with and being a part of, honestly.

I have continued to work in graphic design balancing it with my writing and contributing to the publishing world as a self-published authors time to time working with independent publishing houses for anthologies. 2017 brought me to coming in second place in Critters Writers for my graphic design on the cover for Brian G Murray’s book Forgotten Hero: The Chronicles of Death Book 1. February not only brought me a nomination for the prestigious Gemmell Award for the same cover work, but it brought me here.

Of course, this is a summary of what brought me to the fantastic hallways of The Buzzkill Magazine, a full biography can be found online for those curious, though now I have an amazing update to it: February 2017 L. Bachman was hired in as a staff writer for The Buzzkill Magazine and a nomination for a Gemmell Award called the Ravenheart for cover design. I don’t know about you, but that’s pretty amazing! I feel so blessed to have led the career that I have so far and so lucky to have the support and fans that I do. I just hope that I can make Richard & Co proud to have me among them instead of banging his head against the wall.

Geek Out
0
Geek Out

Angry
0
Angry
The smartest dumbest site on the net!!!

This time last year we were all together celebrating #C2E2. I miss you all and can’t wait until we can all be together again. Tweet me your favorite memories to pass the time until then ❤️🖤

Our next release from @jamesmasterauthor more details coming soon
Singer @ryankinder joins @strikingachord to discuss his latest projects and more. Check it out at TBK Magazine

SAVE & ACCEPT
Choose A Format
Personality quiz
Series of questions that intends to reveal something about the personality
Trivia quiz
Series of questions with right and wrong answers that intends to check knowledge
Poll
Voting to make decisions or determine opinions
Story
Formatted Text with Embeds and Visuals
List
The Classic Internet Listicles
Countdown
The Classic Internet Countdowns
Open List
Submit your own item and vote up for the best submission
Ranked List
Upvote or downvote to decide the best list item
Meme
Upload your own images to make custom memes
Video
Youtube, Vimeo or Vine Embeds
Audio
Soundcloud or Mixcloud Embeds
Image
Photo or GIF
Gif
GIF format

Send this to a friend